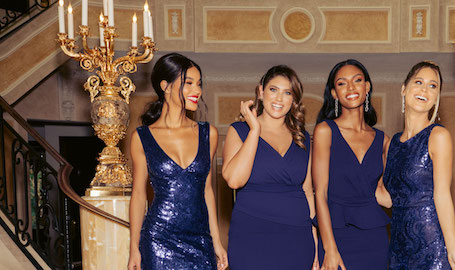 Shares of embattled Glasgow-based fashion firm Quiz fell 6% on Wednesday after it published a trading update for the period between April 1 and August 31.

The company’s shares have fallen about 55% over the past 12 months.

“Consistent with other businesses, the COVID-19 pandemic has significantly impacted Quiz’s sales in the period,” said the company.

“From late March, the group’s stores and concessions were closed and online operations were suspended for two weeks in April 2020 in order to protect Quiz’s distribution centre colleagues.”

Quiz said it had £6.1 million cash available as at September 8. In addition, the group has £3.5 million of bank facilities available, currently scheduled to expire on October 31, 2020, which it intends to renew.

On its UK stores and concessions, Quiz said: “Further to the restructuring, whilst the group opened several stores in July the majority of the 48 reopened stores have recommenced trading in recent weeks.

“Prior to the enforced closure of non-essential stores in the UK due to COVID-19, the group operated 164 concessions in the United Kingdom.

“Further to their closure on 22 March, concessions progressively re-opened from mid-June.

“However, a number of these concessions have not reopened and as at 9 September 2020, the group operates 141 concessions in the United Kingdom.

“Whilst sales generated in UK standalone stores and concessions remain below levels generated in the previous year, the group is encouraged by the consistent improvement in like-for-like sales in recent weeks.”

“Numerous outlets were closed during the period but we are pleased to note that sales have progressively improved since they have reopened.

“Further to Debenhams’ decision to close its operations in the Republic of Ireland the number of concessions operated by Quiz had reduced from 23 to 11.

“During the period the group’s primary customer in the United States entered a bankruptcy process and its future remains uncertain.

“The group is actively pursuing new opportunities in the US market.”