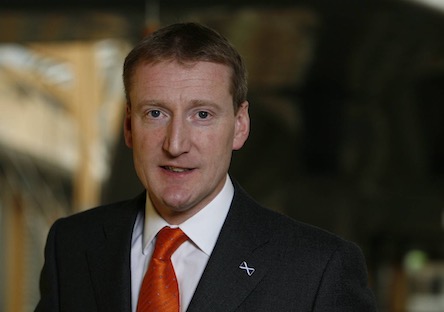 Tavish Scott, the former Scottish Government minister and Shetland MSP, has been appointed as the new chief executive of the Scottish Salmon Producers Organisation (SSPO).

Scott has been Scottish Rugby’s head of external affairs since leaving the Scottish Parliament in July 2019.

Scottish salmon is the UK’s biggest food export — but the industry has suffered reputational damage in recent years amid allegations of animal cruelty and environmental damage.

Scott succeeds Julie Hesketh-Laird, who leaves the SSPO at the end of September.

“The former Liberal Democrat MSP knows the farmed salmon sector extremely well, having represented Shetland for 20 years, since the Scottish Parliament’s inception in 1999 to his departure from the legislature in 2019,” said the SSPO.

“Shetland remains one of the sector’s strongest and most vibrant farming locations and Mr Scott was a vocal champion for salmon farming during his time as an MSP.

“He brings a formidable knowledge of politics and the political process with him to his new job (having served in the Scottish Cabinet and been leader of the Scottish Liberal Democrats).”

“Its value to the economy is immense and it has the ability to help lead Scotland out of the Covid crisis, building on its sustainable foundations and driving a green recovery.”

SSPO chair Atholl Duncan said: “We are delighted to have secured someone as knowledgeable and experienced as Tavish to help lead our sector.

“His passion for salmon farming and his deep roots in our salmon communities are well known.

“There is a great opportunity right now for the Scottish salmon sector to thrive and to create more jobs and prosperity in our rural and island communities.

“Tavish has the skills to help us all to realise this potential for the greater good of Scotland.”