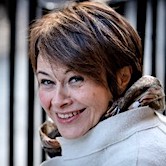 FinTech Scotland said on Tuesday it has made a number of leadership changes with Nicola Anderson becoming acting chief executive as the group “looks to build on the progress made over the last couple of years in developing the fintech community and cluster in Scotland.”

From November, Stephen Ingledew will become executive chair of FinTech Scotland after leading the body as chief executive from its initial formation in January 2018.

David Ferguson, current non-executive chair of FinTech Scotland, will step down from the role which he has held for over two years.

“In the interim, from early November Nicola Anderson, the current strategic development director of FinTech Scotland, will take on the role of acting chief executive.

“Nicola has been on full time secondment with FinTech Scotland from the Financial Conduct Authority for two years and has played a significant role with Stephen, Mickael Paris and Shery Johnston in supporting the fintech SME community and the rapid progress of fintech initiatives.”

In addition to his role of executive chairman for FinTech Scotland, Ingledew will take on a part time secondment to Scottish Enterprise as an interim director for six months from November.

Further, Ingledew has recently been appointed to the newly formed UK Government Innovation Expert Group set up to advise on driving productivity through innovation.

Ingledew said: “It has been a privilege to lead FinTech Scotland and deliver significant milestones across the fintech cluster.

“This is the right time to further strengthen further the leadership team.

“I’d like to take this opportunity to thank David for his valuable leadership as chair as well as the fintech community and strategic partners whose ongoing collaboration to date has made the progress possible.

“I look forward to working with the Scottish Enterprise team to accelerate and shape strategic programmes, sharing my experience of developing clusters to drive inclusive innovation and economic opportunities.”