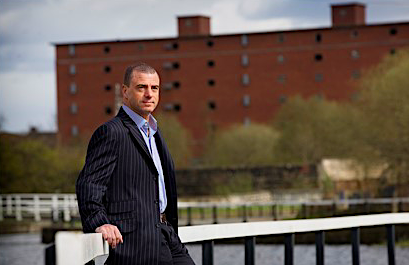 Scottish Enterprise said on Wednesday afternoon that CEO Steve Dunlop is to step down “after a period of rapid change in which the organisation has played a central role in the Scottish Government’s economic response to COVID-19.”

Scottish Enterprise said plans to recruit and appoint a new chief executive “are being developed with the Scottish Government.”

It said interim measures to bridge the gap between Dunlop’s departure and a permanent successor being in post will be announced in due course.

Dunlop said: “Throughout my career I’ve always prided myself on knowing when the time is right to move on and let new and fresh perspectives come to the fore.

Scottish Enterprise chairman Robert Smith said: “I have had the privilege of seeing at first hand Steve’s passionate commitment to serve Scotland and to create economic growth that benefits everyone living in Scotland.

“Under his collaborative leadership, Scottish Enterprise has made huge strides towards its vision of an economy that works for everyone.

“That task has inevitably been made harder by the impact of COVID, but Steve has placed Scottish Enterprise at the heart of the economic response, working with partners to get critical funds quickly and efficiently into the hands of businesses that can protect or create good jobs.

“I would like to put on record my heartfelt thanks to Steve for all he has done and extend my very best wishes for the future.”

Economy Secretary Fiona Hyslop said: “Steve has led significant changes at Scottish Enterprise and set it on a journey of transformation that has made it a more collaborative, open and innovative organisation and which has cemented its vital future contribution to Scotland’s economy.

“Under his leadership, Scottish Enterprise has delivered on all its targets and become much more focused on ensuring economic development benefits everyone in Scotland.”