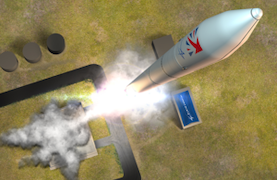 The UK Space Agency said on Thursday that hundreds of space jobs will be created in Scotland following the approval by the UK government of plans for Lockheed Martin to transfer its satellite launch operations from Space Hub Sutherland to Shetland Space Centre.

Shetland Space Centre anticipates that by 2024, the spaceport site could support a total of 605 jobs in Scotland including 140 locally and 210 across the wider Shetland region.

A further 150 jobs will also be created through wider manufacturing and support services.

Following due diligence, the UK Space Agency confirmed that Lockheed Martin’s plans to move its UK Pathfinder Launch to the Shetland site at Lamba Ness on Unst “would continue to deliver long-term value and help establish a sustainable, commercial launch market as part of the UK’s spaceflight programme – LaunchUK.”

Lockheed Martin is in discussions with a preferred partner to provide launch services for its UK Pathfinder Launch, which would take place from Shetland Space Centre.

Nik Smith, UK Country Executive at Lockheed Martin said: “The UK has a vibrant space sector, which can stimulate the national as well as regional economies.

“As a long-standing strategic partner to the UK, Lockheed Martin is committed to building on its proud heritage to support the UK government’s role of growing capabilities in space, exciting imagination and advancing the frontiers of science.

“From the outset our focus has been on realising the greatest economic benefit for the UK through the Spaceflight programme.

“The transfer of our UK spaceflight operations to Shetland will not only broaden launch options available in the UK, but also ensure the economic benefits of these endeavours are felt more widely.”