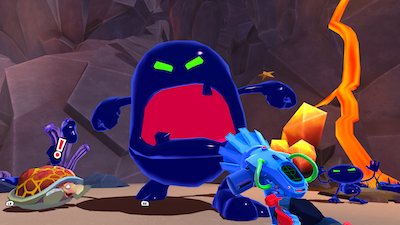 TIGA said Scotland is the fourth largest games cluster in the UK — after London, the South East of England and the North West of England.

TIGA CEO Richard Wilson said in a statement: “Growth in headcount has been driven in part by inward investment by several major overseas companies, such as Epic and Unity; partly by strong growth in Scotland’s larger studios; and partly by a spate of start-ups.

“Scotland represents the fourth largest games cluster in the UK.

“The UK Games Fund is also based in Dundee.

“We can ensure that the environment for the Scottish games industry remains favourable for growth in three ways.

“Secondly, by introducing a Video Games Investment Fund (VGIF) and developing the UK Games Fund  to improve access to finance.

“Thirdly, by continuing to strengthen industry-university links, enhance skils and training and enable UK games companies to recruit highly skilled workers from the EU and beyond.”

Professor Gregor White, Dean of Design and Informatics at Abertay University said: “TIGA’s report showing another period of strong growth in the Scottish sector is welcome news in uncertain times.

“Recent developments in the Scottish sector reflect a period of consolidation, growth in studio size and inward investment by major technology companies.

“All of which is good news for graduates from games courses looking for entry level opportunities and strong career prospects.

“This year has seen Abertay University recognised once again, as Europe’s leading Games School by the Princeton Review and has been recognised as University of the Year for Teaching Quality by the Times and Sunday Times Good University Guide.

“Young people and professionals making the decision to study and build careers in the games industry should look to do it here in Scotland.”

“For all of this to happen during a global pandemic is testament to the talent, drive and world-class potential of the Scottish sector.

“When you add the R&D support, services and international collaboration opportunities offered by InGAME, you have the foundations of sustained, and sustainable, growth.”