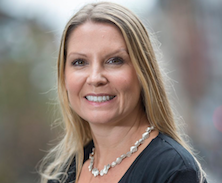 The SSEN Transmission business of Perth-based energy giant SSE has published a discussion paper calling for views on the current Transmission Network Use of System (TNUoS) charging regime which it says “results in Scottish renewable generators paying significantly higher costs to connect their electricity to the grid” than those in other parts of Great Britain.

“For example, while a wind farm in the north of Scotland PAYS £5.50 per unit of energy, an equivalent wind farm in Wales will get PAID £2.80 per unit,” said SSEN Transmission.

“With Scotland boasting the greatest wind resource to meet the UK’s net zero targets, this creates a huge barrier for further low carbon investment, despite great support for further deployment through UK and Scottish Government policy.”

The paper is supported by Scottish Renewables and outlines SSEN Transmission’s findings on TNUoS charging in the north of Scotland, based on stakeholder feedback and evidence from operational schemes.

The paper also explores the issue of TNUoS “volatility and unpredictability, which is not unique to the north of Scotland but experienced by all generators regardless of technology or location.”

Aileen Macleod, SSEN Transmission’s director of business planning and commercial said: “Our generation customers and wider stakeholders have been consistently telling us that charges for transmission access in the north of Scotland, as well as uncertainty about future charges, are acting as a barrier to the commercial viability of renewable energy projects.

“This, in turn, is making it difficult for us to determine system investment needs for our Transmission network, whilst also impacting on the energy markets where generators seek to earn revenue.

“The UK and Scottish Governments have put in place ambitious policies and targets to encourage and support greater deployment of renewable energy to meet our emission reduction targets, however the current Transmission charging regime is a blocker to this which raises serious questions about whether it is still fit for purpose in a net zero world.

“We are publishing our analysis to widen the discussion about transmission charging and seek views on potential solutions. Our findings suggest there is a clear case for reform, and we want to hear what others think too.”

Scottish Renewables CEO Claire Mack said: “The analysis presented in SSEN Transmission’s paper shows a clear picture of current policy being out of step with future ambition and objectives.

“The issue of transmission charging is significant not just for our members but also for the future development of renewables projects in Scotland.

“It’s now time for the policies and regulations which underpin electricity transmission to consider not just the location of consumers of energy but also the location of the very best renewable resources in order to build out the projects that will take us further and faster towards net-zero.”