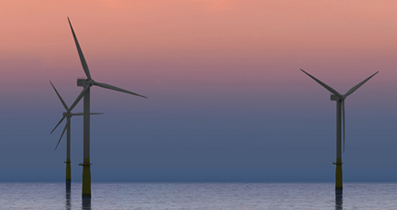 Amazon has invested in a major Scottish offshore wind project in the North Sea as part of a global announcement of new corporate power purchase (CPPA) agreements.

The exact location of the North Sea wind project has not yet been revealed.

The site will generate 350 MW of power once operational — and becomes Amazon’s largest CPPA in the UK to date.

It is also the largest corporate renewable energy deal announced by any company in the UK to date.

The global announcement makes Amazon the largest corporate buyer of renewable energy in Europe with more than 2.5 GW of capacity, or enough to power more than two million European homes for a year.

Last year Amazon became the world’s largest corporate buyer of renewable energy — and with the newly added projects it has enabled 8.5 GW of electricity production capacity.

“Amazon continues to scale up its investments in renewable energy as part of its effort to meet The Climate Pledge, our commitment to be net-zero carbon by 2040,” said Jeff Bezos, Amazon founder and CEO.

“Many parts of our business are already operating on renewable energy, and we expect to power all of Amazon with renewable energy by 2025 — five years ahead of our original target of 2030.”