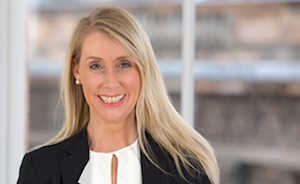 Both will join the SSE board and nomination committee on September 1, 2021.

“The appointments are the result of a comprehensive search and selection process,” said SSE

SSE said Angiolini has been principal of St Hugh’s College, Oxford since 2012 and is also a pro-vice chancellor of Oxford University and chancellor of the University of the West of Scotland.

Prior to her career in academia, Angiolini had an extensive public sector legal career, serving as Lord Advocate of Scotland from 2006 to 2011 — across two government administrations — having previously been Solicitor General for Scotland.

Angiolini is chair of the Disciplinary Board of the Institute of Chartered Accountants of Scotland (ICAS) and a non-executive board member of the Medical and Dental Defence Union of Scotland.

TSB CEO Crosbie has over 25 years of experience in Scottish financial services.

Prior to her appointment at TSB in 2019 she was an executive director and chief operating officer of Clydesdale Bank, having worked for 22 years at National Australia Bank Group Europe.

SSE chair John Manzoni said: “I am very pleased that Elish and Debbie are joining SSE’s board.

“Elish has exceptional legal and academic experience and Debbie has a wealth of financial knowledge so both will bring deep insights from their extensive careers.

“Both will bring a Scottish and wider perspective and will add further depth to the board.

“I look forward to working with them, the rest of the board and the wider SSE team as we continue to take SSE forward, in doing so, helping the UK and other countries deliver on net zero ambitions.”