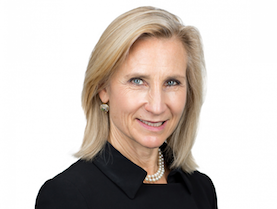 The DPA covers conduct in five jurisdictions — Nigeria, Saudi Arabia, Malaysia, India and Brazil — over the period 1996 to 2014 before Amec plc acquired Foster Wheeler and prior to the combined firm’s acquisition by Wood in October 2017.

“This follows the preliminary approval announced on June 25 and formalises the company’s resolution with the SFO concerning the use of third-party agents for bribery and corruption in the legacy Foster Wheeler business …” said Wood.

“The DPA only relates to the potential criminal liability of AFWEL and does not address whether liability of any sort attaches to any employee, agent, former employee or former agent of AFWEL.

“Reporting restrictions apply such that Wood is not able to provide any further details of the conduct.

“The terms of the three-year DPA and the remediation actions Wood has already taken are as outlined in the company’s market announcement on June 25th.”

“We are pleased to have resolved these historical issues, which pre-date our acquisition of the business in 2017, and can now look to the future.”

In a stock exchange statement on June 28, Wood announced that “agreements have been reached” with the UK’s Serious Fraud Office, the Department of Justice and Securities and Exchange Commission in the US, and the Ministério Público Federal, the Comptroller General’s Office and the Solicitor General (‘AGU’) in Brazil “to resolve their respective bribery and corruption investigations into the past use of third parties in the legacy Amec Foster Wheeler business.”

Wood said: “Under the terms of the agreements, the company will pay compensation, disgorgement and prejudgment interest, fines and penalties totalling $177m …”

In a separate statement, the Serious Fraud Office said on Friday it entered into a Deferred Prosecution Agreement (DPA) with Amec Foster Wheeler Limited (AFWEL) “relating to the use of corrupt agents” in the oil and gas sector.

“Under the terms of the DPA, AFWEL will pay a financial penalty and costs amounting to £103m in the UK, which forms part of the US$177 million global settlement with UK, US and Brazilian authorities.

“The amounts to be paid by AFWEL in the UK include payment of the SFO’s costs of £3.4 million and payment of compensation to the people of Nigeria of £210,610.

“In entering into the DPA, AFWEL has taken responsibility for ten offences of corruption relating to the use of corrupt agents in the oil and gas sector by the legacy Foster Wheeler business.

“The offences spanned from 1996 to 2014 and took place across the world, in Nigeria, Saudi Arabia, Malaysia, India and Brazil.”

Lisa Osofsky, Director of the Serious Fraud Office, said: “Over a period of 18 years, Foster Wheeler brazenly and calculatedly paid bribes to officials around the world to cut corners and secure contracts, going to great lengths to conceal its corrupt conduct.

“In doing so, the company subverted the rule of law and harmed the integrity of the economy in the United Kingdom.

“We will continue to deliver justice for the taxpayer by punishing such actions and forcing companies to change for the better.

“Justice also means recovering money to compensate victims wherever possible, and I am delighted that we have been able to secure compensation for the Nigerian victims in this case.”

The Serious Fraud Office said the DPA is “accompanied by an undertaking by John Wood Group PLC (Wood), AFWEL’s current parent company, in which Wood assumes responsibility for the payment of the financial penalty and the SFO’s costs and agrees to ongoing co-operation with the SFO and other law enforcement and regulatory authorities.”

The SFO said Wood will also report annually to the SFO on its group-wide ethics and compliance programme.

“Wood was not involved in the indicted conduct, and has co-operated fully with the SFO’s investigation.

“Lord Justice Edis ruled today that the total sum reflects the gravity of the conduct, the full co-operation of AFWEL and Wood in the SFO’s investigation, and the extensive remediation and compliance programme that has been put in place by Wood and which applies to the legacy Foster Wheeler entities.

“This DPA is one of a number of co-ordinated global resolutions relating to the conduct of Foster Wheeler Energy Limited in Brazil, with settlements agreed in the United States by the Department of Justice and the US Securities and Exchange Commission, and in Brazil by the Ministério Público Federal and the Controladoria-Geral da União.

“The SFO thanks these international partners for their assistance.

“The DPA brings to a close the SFO’s almost four-year investigation into suspected bribery and corruption within the legacy Foster Wheeler and Amec Foster Wheeler businesses as far as the corporate entities are concerned.

“The investigation into the conduct of individual suspects continues.

“The SFO may apply to the Court to resume the prosecution if AFWEL breaches the terms of the three-year DPA.

“If prosecution resumes, the Statement of Facts as published (in an anonymised form) will be admissible evidence in Court.

“The DPA only relates to the criminal liability of AFWEL and does not address whether liability of any sort attaches to any other person, including any employee, agent, former employee or former agent of AFWEL.”