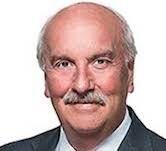 Embattled Aberdeen-based bus and rail giant FirstGroup plc said on Thursday that non-executive directors Martha Poulter and Steve Gunning have notified the group they will not seek re-election at the September 13 AGM.

Their departures follow the news on July 27 that CEO Matthew Gregory will step down at the AGM.

The news of Gregory’s departure came a day after the firm’s biggest shareholder repeated its call for his resignation in the wake of a contentious asset sale.

Coast Capital owns roughly 15% in FirstGroup and had opposed the sale, arguing the price was too low.

Coast Capital had urged fellow shareholders “to vote against the proposed disposal of the company’s crown jewel assets, First Student and First Transit, unless the terms of the proposal are rapidly and substantively improved.”

FirstGroup chairman David Martin — who was nominated to the company’s board by Coast in 2019 — will become interim executive chairman at the conclusion of the AGM until a permanent chief executive is appointed.

Announcing the deal on April 23, FirstGroup said the transaction allowed it to make a £336 million contribution to its UK defined benefit pension schemes “and address other longstanding liabilities” including those relating to its Greyhound bus business, which is not included in the deal but remains up for sale.

Martin said on Thursday: “I would like to thank Martha and Steve for the significant contribution they have each made to the board since joining in 2017 and 2019 respectively.

“Their experience and insights have been invaluable in helping the group navigate this important chapter in its evolution.

“As FirstGroup enters a new strategic phase, we will continue the orderly and appropriate evolution of the board in order to ensure it has the right balance of skills, experience, and diversity for the group’s future needs.”