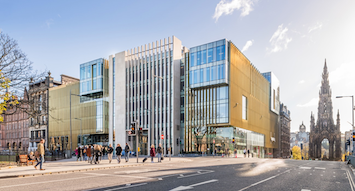 June data published by the Investment Association (IA) has revealed that the first half of 2021 saw UK fund market net retail sales of £24 billion, the highest level of half-year sales since 2017 — which itself saw record levels of investment.

Investment Association CEO Chris Cummings said if the pace of net sales continues at the same rate, the industry could be on track to match the record-breaking inflows of 2017.

The IA represents the UK investment management industry and its 250 member firms manage £8.5 trillion of assets and support 113,000 jobs.

The other key findings for June included:

Cummings said: “The positive inflows for the first half of the year are a clear sign of the strong economic recovery and growing investor confidence as we emerge from the pandemic.

“If the pace of net sales continues at the same rate, we could be on track to match the record-breaking inflows of 2017.

“However, investors also have one eye on inflation, which may have a greater impact in the second half of the year.

“Investors looking for lower cost ways to save have continued to put their money into tracker funds.

“The difference in the data has been steady sales to active funds following March 2020’s outflow, helping flows to reach a record H1 total.

“Elsewhere, the strong quarterly inflows into responsible investment funds are the highest since the data was first collected.”

UK funds was the only equity fund region that experienced outflows, with net retail sales of £77 million.

Gross retail sales through other UK intermediaries including IFAs were £7 billion, representing a market share of 25.8%.

Direct gross retail sales in June were £1 billion, representing a market share of 4%.