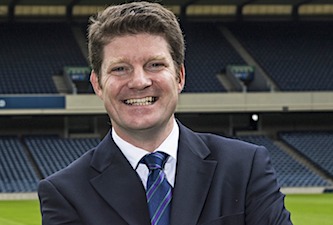 Celtic Football Club announced on Friday that its recently-appointed chief executive Dom McKay has stood down “for personal reasons.”

In a stock exchange statement, Celtic said: “The directors are pleased to confirm that Michael Nicholson, the club’s current director of legal and football affairs, will assume the role of acting chief executive officer and director of the company.

“Michael has been a senior executive of Celtic for eight years and has been at the heart of decision making at Celtic working closely with the CEO and the football department.”

Celtic chairman Ian Bankier said: “We thank Dom for his efforts on behalf of the club and everyone wishes Dom and his family very well for the future.

“I would also like to welcome Michael to the board and look forward to continuing to work with him to deliver future success for the club.”