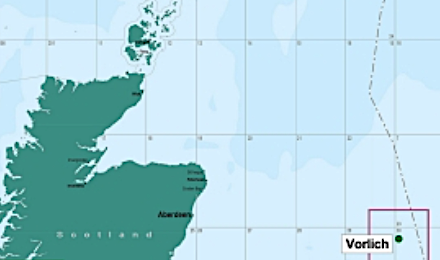 Greenpeace announced it has lost its court case challenging the UK government’s decision to grant a permit to BP to drill the Vorlich Field in the North Sea.

“Judges in Scotland’s highest court have ruled that the government’s decision to grant a permit was lawful, despite the fact that the government gave no consideration to the climate impact of burning the fossil fuels extracted,” said Greenpeace, which will seek to launch an appeal before the Supreme Court.

Judge Colin Sutherland of Scotland’s Court of Session said in a ruling Greenpeace had the opportunity to engage in the process before the permit was granted.

“The question is whether the consumption of oil and gas by the end user, once the oil and gas have been extracted from the wells, transported, refined and sold to consumers, and then used by them are ‘direct or indirect significant effects of the relevant project’. The answer is that it is not,” the judge said in his decision.

“It would not be practicable, in an assessment of the environmental effects of a project for the extraction of fossil fuels, for the decision maker to conduct a wide ranging examination into the effects, local or global, of the use of that fuel by the final consumer.”

Greenpeace UK executive director John Sauven said: “The government is celebrating a win for the fossil fuel industry after its lawyers argued in court that emissions from burning oil extracted by BP are ‘not relevant’ when granting an oil permit.

“And now the Prime Minister is poised to sign off even more oil if he approves a new oil field at Cambo – against official guidance from climate experts.

“In just a few weeks’ time Boris Johnson will be opening global climate talks where his actions, not his words, will be what counts.

“And right now his actions are covered in oil.

“We will not give up the fight for the climate.

“Our intention is to appeal this ruling before the Supreme Court.”