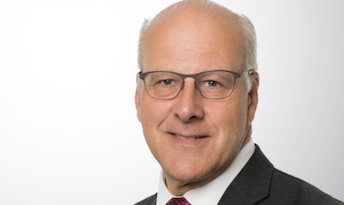 UK Financial Conduct Authority (FCA) chair Charles Randell has announced his intention to step down a year early amid a staff backlash about an overhaul of the FCA and an unpopular proposed shake-up of pay and benefits.

“Charles Randell will not be moving to any other position,” said the FCA, which employs 4,200 people.

The FCA has been involved in a dispute with the Unite union over a proposed 10% pay cut for three in four FCA staff.

Hook added: “Now is the time for the FCA to agree to staff demands that they engage with Unite.”

Randell is also chair of the UK’s Payment Systems Regulator (PSR) and he has asked UK Chancellor Rishi Sunak to commence the process to appoint his successor to both roles.

Randell took up his role as chair of the FCA and PSR boards in April 2018 and the term of appointment was five years.

Randel plans to step down in Spring 2022.

Randell said: “As the FCA prepares to implement its new wholesale, retail and data strategies under an established new executive, now is the right time for a new chair to carry on the close and continuous oversight of our transformation.

“Being chair of the FCA and PSR has been a great privilege.

“During the pandemic, the FCA stood up for consumers and businesses, while the markets we oversee proved resilient, laying the foundations for record capital raising to support the recovery.

“The PSR has been working to ensure payment systems – the lifeblood of the economy – work well for all.”

Randell wrote in a letter to Sunak: “As our newly established executive team begin to roll out their strategies next year to complete the transformation of the FCA, it is the right time to hand over the oversight of the rest of the transformation programme to a chair who can see it through to completion.”

He specialised in corporate finance law, and worked on financial stability and bank restructuring assignments, in particular during the global financial crisis.

He was a member of the Bank of England’s Prudential Regulation Committee from April 2013 to March 2018.