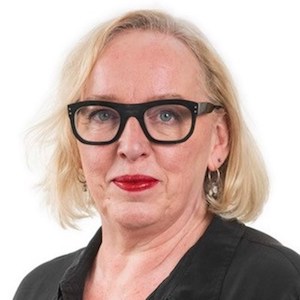 The Law Society of Scotland has announced that Diane McGiffen will be appointed as its new chief executive.

She succeeds Lorna Jack, who will leave after 13 years at the professional body of Scottish solicitors.

McGiffen has worked in senior roles at Audit Scotland for the last 20 years, most recently as chief operating officer.

McGiffen will start in her new role on January 5, leading the Law Society team as it develops and delivers a new five-year strategy to support a growing and record sized membership.

The Law Society of Scotland’s chief executive is responsible for day-to-day operations and leads a staff of 120 who work from its HQ at Atria One in Edinburgh.

McGiffen joined Audit Scotland when it was formed in 2000 as director of corporate services and became chief operating officer in 2010.

Prior to that, she worked for the Accounts Commission and for the Wester Hailes Partnership.

McGiffen is studying for a Doctorate from the Cranfield School of Management and holds Master’s degrees from the University of Edinburgh in social and public policy and the University of Glasgow in political science and government.

Law Society of Scotland president Ken Dalling said: “I am delighted that Diane will become our new chief executive at the start of the new year.

“She brings a wealth of experience from her time at Audit Scotland where she led on strategy, corporate plans, governance, risk and performance.

“These are changing and challenging times for us at the Society and, with Diane at the helm, I have every confidence we will continue to lead legal excellence by supporting solicitors through the Covid-19 recovery and protecting the public interest through continued robust regulation of the profession.

“I am very much looking forward to working with her for the remainder of my time as president.

“Of course, I would also like to thank our outgoing CEO, Lorna Jack for her outstanding contribution to the Society over the last 13 years, which was rightly recognised at this year’s Law Awards.

“She has led, inspired and transformed the organisation into one that is truly world leading.”

McGiffen said: “I am thrilled to be joining the Law Society of Scotland.

“As chief executive I want to help the Society further strengthen Scotland’s proud tradition of legal excellence, embracing the challenges ahead.

“The Society is committed to acting in the public interest to protect and promote the rule of law; so as we recover from the impact of Covid-19, a strong, independent legal sector is essential to ensure access to justice and the protection and promotion of human rights.

“The Society is also committed to influencing the creation of a fairer and more just society.

“These are proud goals – and they matter now more than ever – so it will be a privilege to support the Law Society of Scotland’s contribution to these key areas.

“I look forward to meeting with everyone involved in the Society’s work.”

“Over 20 years from the early days of devolution to today, she has been integral to shaping our standards, values and practices as we have developed and delivered robust, independent public audit on behalf of the people of Scotland.

“We wish her all the best in her new role.”

Alan Alexander, chair of Audit Scotland’s board, said: “We will miss Diane’s advice, guidance and wisdom, as well as the leadership she has given Audit Scotland.

“She has driven the inclusive and caring culture we have, and has brought empathy, integrity and her trademark enthusiasm, energy and unfailing good humour to all she has done.

“This has never been more prevalent than during the past 20 months as she has helped guide Audit Scotland through the pandemic.

“I look forward to seeing what she will achieve in her new post.”