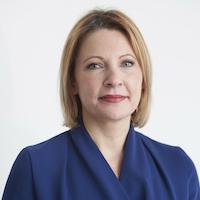 She joins from UK Finance where she is Managing Director, Digital, Technology & Cyber and Chief of Staff, and has previously worked for the London Stock Exchange Group, ICAP and HM Treasury alongside other Government roles.

She replaces Huw Evans who announced earlier this year that he is stepping down from the role in December to join KPMG as a partner in the new year.

Morgan is to become the first Independent Chair in a newly defined role.

She takes over from Jon Dye, who is stepping down after serving as ABI Chair since July 2019.

Gurga said: “The ABI is globally recognised as a leading advocate for the insurance and long-term savings industry, and I am committed to building on its reputation to ensure we help members deliver the best outcomes for their customers.

“The external environment in which we’re operating is changing rapidly and it is vital that the ABI delivers across issues as varied as climate change, diversity and inclusion, resilience and the digital and data revolution.

“I look forward to working with members, colleagues, government and regulators to enhance our industry’s reputation and impact.”