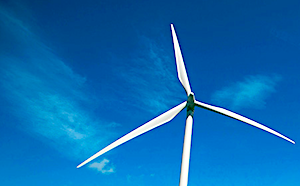 A £13 million investment from the Scottish National Investment Bank awarded to the Iona wind partnership will help accelerate the delivery of the Iona onshore wind pipeline in Scotland.

The Iona wind partnership, managed by Asper Investment Management, is focussed on building 800MW of onshore wind capacity by 2026.

Once fully operational, the project will be capable of generating clean, renewable energy to support the decarbonisation of Scotland’s energy sector.

The bank’s £13 million investment aligns with its mission to support Scotland’s transition to net zero carbon emissions by 2045.

“The development of onshore wind in the UK has stalled since the removal of subsidies in 2015.

“The bank’s investment has allowed Asper IM to reach the required scale to make the fund a reality.

“We are pleased to be working with Asper Investment Management who are committed to investing in businesses that develop, build and operate sustainable infrastructure and assets and have a track record in developing onshore wind projects.’’

Luis Quiroga, head of investor relations at Asper said: “We are delighted to have the Scottish National Investment Bank’s support for Iona.

“Asper’s expertise is to ‘build the new’ infrastructure for the energy transition.

“And Iona’s investments will make a crucial contribution to Scotland’s future — helping to decarbonise its energy supply and boosting the Scottish economy.”

Asper estimates 12,800 kilotons of carbon dioxide will be saved by Iona’s assets in their lifetime, sufficient to power 850,000 homes with green energy.