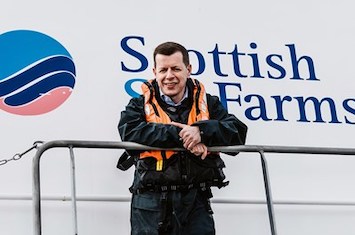 Norwegian-owned Scottish Sea Farms announced that the UK’s Competition and Markets Authority (CMA) has cleared its bid to acquire Grieg Seafood Hjaltland UK, paving the way for the deal to complete.

Included in the Grieg Seafood deal are the company’s freshwater hatchery, processing facility and 21 marine farms around the Shetland Islands and Isle of Skye which, combined, produced approximately 16,000 tonnes (HOG) of Atlantic salmon in 2020.

“This complements the geography of Scottish Sea Farms’ own operations across mainland Scotland, Shetland and Orkney, putting the salmon grower on track to produce 46,000 tonnes in 2022,” said Scottish Sea Farms.

Commenting on the CMA announcement, Scottish Sea Farms managing director Jim Gallagher said: “This is hugely positive news that promises farmers from both companies greater opportunity than ever before to create the best growing conditions, working collectively as one team with regards to the key factors of fish health, stocking regimes and sea lice management.

“This, in turn, will enable us to offer customers a more secure and stable supply of premium quality Scottish farmed salmon.”

SalMar said in July the transaction will be funded with external debt and new equity from the owners.