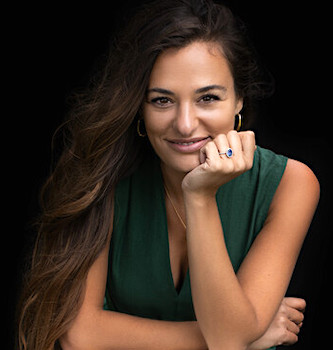 Renowned Scottish violinist and educator Nicola Benedetti will become the Director of the Edinburgh International Festival in October 2022.

She will be both the first Scottish and the first female Festival Director since the Festival began in 1947.

Irvine-born Benedetti is one of the most influential classical artists in the world.

The GRAMMY and Brit Award-winning violinist was named BBC Music Magazine’s 2021 Personality of the Year.

“I am deeply honoured to contribute to the long and rich history of the Edinburgh International Festival and the cultural landscape of Scotland,” said Benedetti.

“This festival was founded on principles of reconciliation and the ideals of art transcending political and cultural fracture.

“Following in the footsteps of the wonderful achievements of Fergus Linehan and his predecessors, I will uphold these values and greatly look forward to serving this festival, its mission of cultural exchanges, and the people of Scotland.”

Benedetti began violin lessons at the age of four, studied at Yehudi Menuhin School, and has since toured internationally with some of the world’s greatest orchestras and conductors.

In December 2020, she formed the Benedetti Baroque Orchestra and regularly champions the commissioning of new works, including the recent violin concertos by Mark Simpson and Wynton Marsalis, which won a GRAMMY in 2020.

The violinist formalised her commitment to music education in 2019 when she established The Benedetti Foundation.

Since its launch, the Foundation has worked with over 29,000 participants, aged 2 to 92, from 103 countries, through its in-person workshops and online sessions for young people, students, teachers and adults.

Keith Skeoch, the Festival’s Chair of the Board of Trustees said: “It is such a pleasure to welcome Nicola Benedetti as both the first woman and the first Scottish director of the Edinburgh International Festival.

“In many ways she reflects the spirit of this festival; internationally recognised and respected but Scottish to her core, she’s dedicated to advocating world-class music making and innovating new ways to bring it to audiences.

“As an artist, her string of collaborators reads like a who’s who of the world of classical music and as an educator she has reached tens of thousands worldwide.

“I have no doubt that she will bring a wealth of new ideas to the organisation and build on Fergus’ exceptional work from the last eight years.”