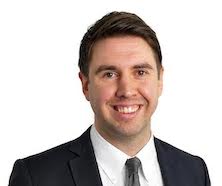 The US Federal Reserve has raised its benchmark interest rate by a quarter of a percentage point in the first increase since 2018 — and has signaled hikes at all six remaining meetings this year as it attempts to tackle inflation.

The Federal Open Market Committee (FOMC) increased the federal funds rate by a quarter of a percentage point, bringing the target range to 0.25% to 0.50%.

Most policymakers now see the federal funds rate rising to a range between 1.75% and 2% by the end of 2022.

They project it could climb to 2.8% next year.

“The invasion of Ukraine by Russia is causing tremendous human and economic hardship.

“The implications for the U.S. economy are highly uncertain, but in the near term the invasion and related events are likely to create additional upward pressure on inflation and weigh on economic activity.

“The Committee seeks to achieve maximum employment and inflation at the rate of 2 percent over the longer run.

“With appropriate firming in the stance of monetary policy, the Committee expects inflation to return to its 2 percent objective and the labor market to remain strong.

“In support of these goals, the Committee decided to raise the target range for the federal funds rate to 1/4 to 1/2 percent and anticipates that ongoing increases in the target range will be appropriate.

“In addition, the Committee expects to begin reducing its holdings of Treasury securities and agency debt and agency mortgage-backed securities at a coming meeting.

“In assessing the appropriate stance of monetary policy, the Committee will continue to monitor the implications of incoming information for the economic outlook.

Abrdn deputy chief economist James McCann said: “The Fed is behind the curve, and today’s meeting shows a central bank rushing to catch up.

“It signalled that rates will rise at every meeting this year, and potentially more if inflation does not behave.

“Certainly, Chair Powell flagged downside risks from the Russian invasion of Ukraine, but the Fed looks laser focused on getting inflation back to target, raising a high bar for this adjustment to be blown of course.

“The message from the Fed was that the economy can handle this adjustment, though we expect higher rates to prove more disruptive for growth and the labour market than the FOMC has factored in, especially as policy mores from supportive to tight in 2023.

“This does not mean that the central bank can’t engineer a soft landing, but there is not an immaterial risk of recession given the precedent for policy tightening to kill business cycles.”

Seema Shah, chief strategist with Principal Global Investors, said: “The Fed is playing catch-up and clearly recognizes the need to get back in front of the inflation situation.

“It won’t be easy — rarely has the Fed safely landed the US economy from such inflation heights without triggering an economic crash.

“Furthermore, the conflict … has the potential to disrupt the Fed’s path.

“But for now, the Fed’s priority has to be price stability.”

Ryan Sweet, head of monetary policy research at Moody’s Analytics, said: “This is going to be a pretty aggressive tightening cycle, I don’t know if the Fed is going to pull off a soft landing.

“It’s very clear the Fed is more than doubling down on addressing inflation.”

Beth Ann Bovino, US Chief Economist, S&P Global Ratings, said: “While the Fed’s statement following today’s rate hike was notable for shifting the focus from COVID-19 to the Russia-Ukraine crisis, one thing was clear: the FOMC has taken out its sledge hammer to fight extreme price gains.

“While today we saw a 25 bps rate hike, it’s now even more apparent that the Fed is taking a more aggressive stance to fighting inflation regardless of the source, pushing rate hikes forward with seven planned for 2002 and four more in 2023.

“However, the Fed pushed those later rate hikes sooner than what we expected, with all their rate hikes in 2023.  (We spread them out between 2023 and 2024.)

“Given their dramatic ‘reset’, the statement had dramatic changes as well.

“However, with the continued mention of high inflation, this time along with high energy prices (not surprising because gasoline prices are now at record highs), it’s clear that the idea of ‘broader price pressures’ have fully ended any idea of a transitory factor tied to ‘reopening’ items.

“It’s clear – the Fed sees inflation as here to say and plans to do something about it.

“On the back of higher interest rates and the impacts from the Russian-Ukraine crisis, we expect U.S. growth to slow by 70 bps to 3.2% this year, with Fed interest rate policy explaining most of the change.

“But even with those rate hikes, it’s well above the U.S. economy’s potential growth rate of around 2.0%, and is still in expansion territory.”

Hinesh Patel, portfolio manager at Quilter Investors, said: “It is early days in the hiking programme, but we finally have lift off at the Federal Reserve.

“Despite being behind the likes of the Bank of England this has been a very well telegraphed and managed rate rise, even with the threats of Omicron, China’s regulatory crackdown and now the knock on effects of the war in Ukraine.

“None of these threats, however, are resolved by monetary policy and with the inflation shock reverberating around the system the Fed needs to move back to normalcy, at least to build in some insurance for when easing will once again be required in the future.

“They have recognised this are expecting to go higher than previously anticipated. They are starting to turn hawkish and have been spooked by the inflation rate.

“Financial markets are generally volatile in the lead up to tightening, but soon settle down, adjusting to the new equilibrium cost of money well. We anticipate no difference this time even with the geopolitical threats that are currently playing out.

“Even with the six further hikes priced in, monetary policy in our view remains loose, especially when looking at real rates so we remain a long way of ‘normal’ and are unlikely to get back there for some time yet.

“The Fed will be alert to the risks that are growing and changing every day, with Ukraine and the recent uptick in COVID cases at the top of the agenda.

“But if they are not to get hawkish now in the face of high inflation, when will they?”

Giles Coghlan, chief analyst at broker HYCM, said: “If there was ever any doubt, the Federal Reserve has today confirmed that the era of ‘transitory’ inflation is over.

“As many analysts had predicted, policymakers have opted to begin a long-anticipated cycle to hike rates, despite the many uncertainties that persist in the global economy.

“Last week’s Consumer Price Index came in at 7.9% for the year through February – something that has no doubt been exacerbated by Russia’s invasion of Ukraine, which has triggered supply issues and a fresh surge in commodities.

“However, has the Fed been hawkish enough?

“Right now, the central bank has a lot on its plate – it must balance the inflation narrative alongside the risk of sending the U.S. economy into a recession.

“Going forward, any further hiking action will come with caveats – we may see a more dovish approach to tightening, rather than the aggressive approach we have been primed for over the past year.

“But today, we traders and investors could see a ‘buy the rumour, sell the fact’ response to the announcement, which would favour upside in stocks, gains for gold and silver, as well as EURUSD upside and a drop in US 10 year yields.”