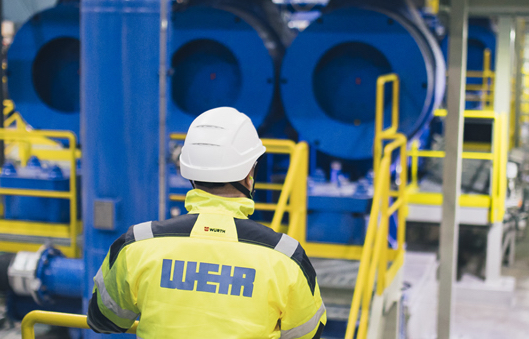 Glasgow-based global engineering and mining giant Weir Group announced it successfully completed the refinancing of its main banking facility with a syndicate of 11 global banks.

The new $800 million revolving credit facility (RCF) will mature in April 2027 with the option to extend for up to a further two years.

“The margin on the new facility is significantly lower than the previous facility that was agreed during the early stages of the Covid-19 pandemic and reflects positive credit rating momentum over the last two years as Weir has continued to reduce leverage and show its resilience as a mining technology focused business,” said Weir.

“This new facility replaces the existing US$950m RCF that was due to mature in June 2023. All key terms including covenants remain unchanged.”

Weir Group is one of Scotland’s biggest listed companies and it employs more than 11,000 people around the world.

On March 2, Weir published results for the year ended December 31, 2021, showing a record order book and a statutory profit before tax that rose 18% to £209 million.

Revenue was steady at £1.934 billion and dividend payments were resumed.