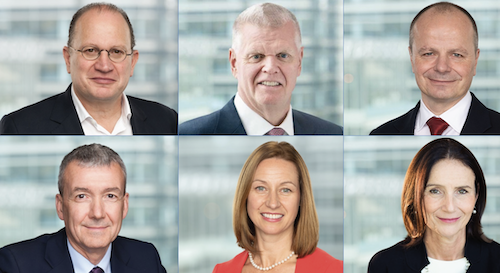 HSBC Holdings plc has seen its share price rise more than 4% in the past few days after its largest shareholder, Chinese insurance giant Ping An, urged a break-up of the London-headquartered banking behemoth.

Ping An has called on HSBC to look at options including spinning off the Asian business, where it earns two-thirds of its pre-tax profits, or taking other steps to boost its valuation.

HSBC, which employs 220,000 staff and has 40 million customers in 64 countries and territories, has not commented on Ping An’s actions but defended its overall strategy in a statement.

A bank spokesperson said it is “committed to maximizing value for all our shareholders,” without mentioning Ping An, which has an 8% stake in HSBC.
“We believe we’ve got the right strategy and are focused on executing it,” the spokesperson said.
“Delivering on this strategy is the fastest way to generate higher returns and maximize shareholder value.”

HSBC is led by CEO Noel Quinn and chairman Mark Tucker, who is a former group finance director of HBoS.

The group’s chief financial officer (CFO) Ewen Stevenson joined HSBC in 2019 from RBS, where he was CFO.

The group’s chief governance officer and company secretary is Aileen Taylor, who joined HSBC in 2019 from RBS.

Victoria Scholar, head of investment at Interactive Investor, said: “Shares in HSBC are trading higher following reported calls from its biggest shareholder, Chinese insurer Ping An to spin off its Asian business or find other ways to break up the bank in an attempt to boost returns.

“Given that two-thirds of its profits are earned in Asia and HSBC’s CEO has been looking to focus the bank on wealth management in Asia over the last two years, calls for a spin-off could be in alignment with the C-suite’s own ambitions for the lender.

“The stock has also been under pressure since the February highs after abandoning its share buybacks this year amid pressures from inflation and geopolitical uncertainty, prompting this activist investor to speak up.

“Perhaps this is the start of fresh conversations about whether the bank will review its 2016 decision to keep its headquarters in London.”