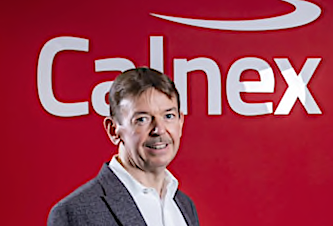 Linlithgow-based telecoms testing and measurement firm Calnex Solutions plc said on Tuesday that following nine years as chair George Elliott will retire from his position on the board and will not seek re-election at the company’s 2022 AGM.

Calnex said current non-executive director Stephen Davidson has been appointed as chair designate and will succeed Elliott at the conclusion of the AGM on August 17, 2022.

“Stephen Davidson joined the board of Calnex in January 2022 and is an accomplished director of both public and private companies, with more than 20 years’ PLC-board experience,” said Calnex.

“He has previously acted as chair at AIM-traded companies Actual Experience plc, RBG Holdings plc and Jaywing plc and at JSE-listed Datatec plc.”

Elliott said: “When I joined Tommy and the team in 2013 it was evident to me that the future for Calnex was an exciting one.

“It has been an honour to help guide the business through its subsequent growth and journey onto the public markets.

“I am confident there is a strong board and management team in place and with its outstanding customer base, the ongoing transition of the telecoms industry to 5G and the growth in cloud computing, the future for Calnex is brighter than ever.”

Calnex CEO Tommy Cook said: “George has been a huge support to me over the past nine years and I and the whole company thank him for his service and wish him all the very best.

“Our new directors, Stephen and Margaret Rice-Jones who joined us in January, have quickly become valued colleagues and we have benefitted from their extensive experience and knowledge.

“I look forward to continuing to work with them both and the wider board to drive Calnex forward.”

Calnex went public at 48p per share in October 2020 and its shares have since soared to around £1.65 to give the firm a current stock market value of roughly £144 million.