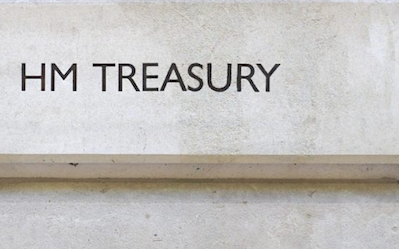 An independent report has been commissioned into how funding for the Scottish Government is calculated.

The report will be co-authored by Professor David Bell of the University of Stirling, David Eiser of the Fraser of Allander Institute and David Phillips of the Institute for Fiscal Studies.

“During a meeting of the Joint Exchequer Committee (JEC) the UK and Scottish Governments announced an independent report has been commissioned to evaluate the block grant adjustment funding arrangements for tax and welfare devolution against the principles agreed by the Smith Commission.

“The report is expected to be delivered within four months, and its findings will inform a broader review of the Scottish Government’s Fiscal Framework.”

Cabinet Secretary for Finance and Economy Kate Forbes said: “Our experiences of dealing with the pandemic and supporting those struggling with the cost of living crisis clearly demonstrate how difficult it is to take vital action without sufficient fiscal powers.

“The forthcoming review of the Fiscal Framework is an opportunity to consider the future of Scotland’s funding arrangements in the interests of fairness, accountability and sound governance.

“This independent report is an important step in that process and I look forward to hearing from a wide range of stakeholders throughout the process.”

Chief Secretary to the UK Treasury Simon Clarke said: “Launching this independent report is an important step in our review of the Fiscal Framework, which ensures fair and sustainable funding for Scotland’s future, and I look forward to reading the findings later this year.

“We are stronger together, and I am committed to continuing to work with the Scottish Government on a way forward, not just for the review of the Fiscal Framework, but across all of the big issues of the day.”

Forbes and Clarke attended an online meeting of the Joint Exchequer Committee (JEC) on Monday.

The JEC is the intergovernmental ministerial forum to discuss financial and fiscal matters relating to the Scotland Act 2016 and accompanying Fiscal Framework.

“The original Fiscal Framework agreement states that a review of the framework should occur after a parliament’s worth of experience, and that the review should be preceded by an Independent Report presented to both governments,” said the Scottish Government.

“The review will begin shortly after the report has been completed.

“The independent report will be co-authored by Professor David Bell (University of Stirling), David Eiser (Fraser of Allander Institute at the University of Strathclyde) and David Phillips (Institute for Fiscal Studies), who are leading experts and have published extensively on the Fiscal Framework.

“A call for evidence from stakeholders is planned to open at the end of July and close by mid- September 2022.

“Further details on how to contribute will be announced in due course.”