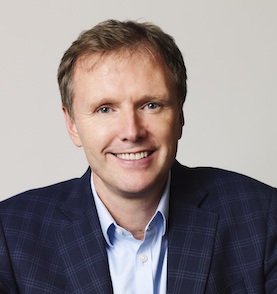 Shares of Edinburgh-based investment giant Abrdn fell about 7% on Tuesday after it published first-half results showing its assets under management and administration (AUMA) fell £34 billion to £508 billion in the first half of 2022 amid the global stock market rout.

Fee based revenue was 8% lower at £696 million and adjusted operating profit 28% lower at £115 million “driven by market movements.”

The Edinburgh investment firm declared an interim dividend of 7.3p per share — about £153 million.

In its outlook, Abrdn said the current market uncertainty “means our ambitions for revenue growth and improved cost/income ratio are likely to take longer than originally expected.”

Abrdn also confirmed it plans to merge or close about 100 funds.

An Abrdn spokesperson said: “We have now reviewed around 550 funds and concluded that 20% with an AUM of approximately £7bn were subscale, inefficient or not aligned with our core strengths.”

“When I became CEO in late 2020 I said that we would pursue a strategy of diversification by refocusing our Investments business in to areas of strength, where we have scale and that lean into global growth trends and also significantly expand our reach into the higher growth UK wealth market.

“We are doing exactly that and the addition of interactive investor transforms our UK retail presence and future revenue streams.

“The strength of our balance sheet means that we can continue to invest and reward shareholders.”

Analyst David McCann at Numis said: “Pretty much all of the key numbers were worse than the low expectations either we or consensus had.

“The company has also stated that its targets will now take longer to achieve and with material additional below the line restructuring costs.

“We continue to think that more radical strategy is needed to turn the group around and maximise value, such as the break-up of the group or sale of the group in full.”

There has been recent speculation that Abrdn is considering a sale of its private equity business, which manages roughly £14 billion in assets.