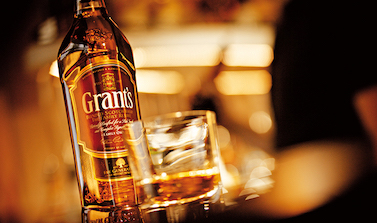 Scotland Limited 2022 is compiled using the most recent publicly available accounts — as of June 30, 2022 — of Scotland’s best performing private businesses, which are ranked based on a hybrid measure of data, which includes turnover and EBITDA (earnings before interest, taxes, depreciation and amortization.)

The report excludes companies that are listed, owned by listed businesses, or are the Scottish subsidiaries of companies from other parts of the UK or overseas.

“Unsurprisingly, businesses that were significantly impacted by COVID-19, such as Edinburgh Airport, Caledonian Heritable, and Apex Hotels also left the list, so it will be instructive to see how quickly they make a return.

“New entrants to this year’s Top 100 include Aggreko. This manufacturing and engineering business was taken private in August 2021 and has made a strong entry into the Top 100 at number three.

“Arjowiggins – a newly formed MBO from a large French group – has also entered our rankings. Additionally, we’ve seen recent strong growth with the Cameron Group, Scottish Woodlands, and Grahams The Family Dairy, bringing them inside the list for the first time.”

Grant Thornton said the average turnover of a Scottish Top 100 company dropped from £298 million in the last Scotland Limited report to £281 million this year, almost certainly a consequence of the pandemic.

“This is the first year since Scotland Limited was established where the aggregate turnover and EBITDA from Scotland’s Top 100 companies has declined,” said the report.

“This isn’t a huge surprise, given the challenging trading circumstances that all business faced during 2020/21, and all metrics were substantially up over the past four years: turnover, 4% up; EBITDA, 25% up; net assets, 54% up; and employment, 18% up.

“Turnover in the year was down 6%, while EBITDA was down just 2%.

“However, through careful cash management, the Top 100 companies collectively reduced their net debt position by almost £600 million, improving the balance sheet strength of the group.