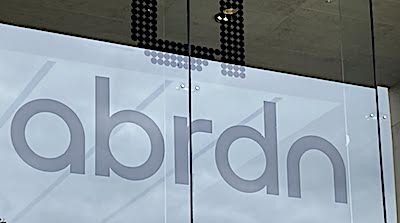 FTSE Russell has confirmed that Edinburgh-based investment giant Abrdn and Glasgow-based global engineering and mining group Weir Group, two of Scotland’s biggest companies,  will return to the FTSE 100 Index as a result of the December 2022 quarterly review.

Promotion to the FTSE 100 can boost a company’s share price because some large investment funds — especially passive “tracker” index funds — have a mandate to buy shares in the index.

Abrdn shares have risen more than 50% to around £2.00 in recent weeks from a low of around £1.33 last month after the firm was demoted from the FTSE 100. It has a current stock market capitalisation of around £4 billion.

Weir has a current stock market capitalisation of around £4.7 billion. Its shares have risen about 15% in the past month to around £18.28.

“All changes from this review will be implemented at the close of business on Friday, 16 December 2022 and take effect from the start of trading on Monday, 19 December 2022,” said FTSE Russell.

Susannah Streeter, senior investment and markets analyst Hargreaves Lansdown, said last week: “It’s been a volatile year for Abrdn, the Edinburgh based investment company, as shares were dragged down amid the financial market volatility.

“Outflows from its funds caused nervousness among investors and it was ejected from the FTSE 100 at the last review.

“But in recent weeks the company appears to have turned a corner, helped by a rising appetite for risk sending its share price sharply upwards and putting it in pole position for promotion back into the top flight.

“Investor confidence in sectors around the world has jumped over the past month, and that’s helped restore optimism about the company’s prospects, particularly given that it’s known for its emerging markets and smaller companies’ funds.

“A bolstered direct-to-consumer offering, and improved proposition are all welcome developments which could also help deliver an about turn in revenues.

“But the company will have to generate sustained and meaningful inflows to remove the risk of fresh volatility returning to the share price.”

On Weir Group, Streeter said: “Weir Group … took the opportunity to refocus on mining during the pandemic, moving away from the oil industry.

“Its share performance has been a little volatile as worries about global growth and the ongoing effects of China’s zero-Covid policy have continued.

“However, optimism appears to be returning that its strategic move into mining will pay off over the longer term, and its recent results were resilient, showing strong demand from the sector for its equipment, with order numbers up by almost a fifth over the last quarter.”