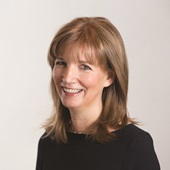 Baillie Gifford’s flagship £8.4 billion fund, the Scottish Mortgage Investment Trust plc, on Friday defended its fondness for investing in unquoted companies as it revealed it underperformed its benchmark in the six months to September 30.

Net return on ordinary activities before taxation fell to £269.1 million from £1.2 billion at the same stage last year.

“Since the end of March our net asset value per share, with debt at fair value (NAV), rose but only by 3.2% compared with 9.9% for the FTSE All-World Index (both in total return terms),” wrote Scottish Mortgage chair Fiona McBain in the company’s interim management report.

“As is often the case, this has been exacerbated by the shares falling to a discount from the premium that has been the case for most of our recent history.

The fund is maintaining an unchanged interim dividend of 1.39p despite a 18.5% fall in earnings.

Many of the fund’s other investments are in unlisted companies.

“Contrary to the mood of the moment our experience has been that in both underlying progress and valuation, our unquoted companies are generally outperforming their listed counterparts,” wrote McBain.

“It is common knowledge that there are high profile examples of unquoted or recently listed companies that have suffered serious problems but it seems to us that generalising from these distinctly colourful sagas is misguided.

“The flaws of their business models were not impossible to identify.

“Although we are wary of treating our unquoted assets as a separate portfolio our experience remains encouraging.

“In aggregate since our first unquoted investment on 2 June 2010 to 30 September 2019 the return of all the stocks that we initially owned in unquoted form (whether now listed or not) has been 445.3% versus 341.4% for Scottish Mortgage overall and 183.8% for the FTSE All-World …

“This seems the appropriate moment to stress as strongly as we can that we believe that our ability and willingness to invest in unquoted companies at scale and globally as part of a portfolio offering high overall liquidity is critically important to both our future returns and to the unique proposition Scottish Mortgage can offer to individual shareholders.

“We are convinced that the long term risk taking, essential to economic and social progress, is continuing to migrate to private markets and at an accelerating pace.

“It’s important that all our shareholders, from the smallest holders to the very largest, have access to such innovative enterprises and the enduring real value which they create.

“That we offer this whilst our ongoing charges have edged down once again (to 0.36% of average assets over the rolling twelve month period to the end of September) seems to us to be a worthwhile achievement that is not a common characteristic of the industry in general or managers of unquoted equities in particular.

“We have no intention of being deterred from this philosophy of investing or from driving charges lower.”