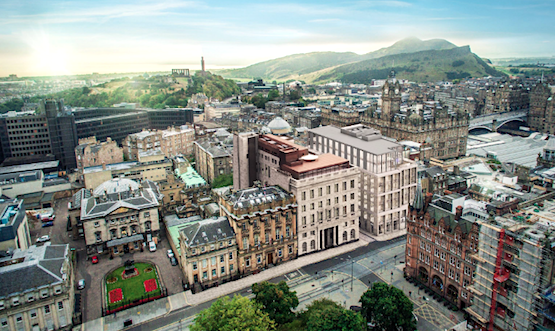 Edinburgh-based fund management giant Baillie Gifford has confirmed that it will not after all expand by moving staff into a new landmark building in Edinburgh.

Baillie Gifford had been set to take up to 60,000 sq ft of a new office space development at 20 West Register Street on St Andrew Square in Edinburgh — known as “The Mint Building” — that will be capable of accommodating 700 staff.

The asset manager is headquartered at nearby Greenside Row in Edinburgh, now called Calton Square.

Baillie Gifford now intends to sub-let the Mint building and not move any staff to St Andrew Square.

“We decided to reassess our need for additional office space given the current circumstances and to avoid further disruption for our staff,” said Baillie Gifford.

The fund manager was always planning to sub-let some of the floors.

Baillie Gifford has assets under management and advice of almost £200 billion and its high-profile funds are major shareholders in prominent global companies including Tesla, Amazon, Tencent, Netflix and Alibaba.