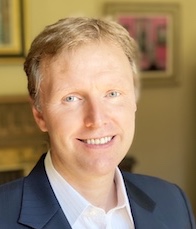 Skeoch was one of the architects of the £11 billion merger of Standard Life and Aberdeen Asset Management in 2017, along with Aberdeen’s CEO Martin Gilbert, who recently left the combined firm.

Bird’s base salary will be £875,000 a year, but he will also have bonus and incentive arrangements in place that could take his total package up to several million pounds, subject to performance and conditions. (Details below).

Bird was on the short list to be the new CEO of HSBC before that bank confirmed Noel Quinn in the chief executive officer role this year.

Most recently, Bird served as CEO of global consumer banking at Citigroup, a role he held since 2015, before “retiring” in November last year.

Prior to that, Bird was chief executive for all of Citigroup’s Asia Pacific business lines across 17 markets in the region, including India and China. Bird held various leadership roles in a 21 year career with Citigroup.

Bird is originally from Motherwell and lives in Edinburgh, where he will be based as CEO.

He will take up the role of chief executive-designate of Standard Life Aberdeen on July 1, 2020.

“The appointment of Stephen Bird from Citigroup essentially moves the business on from its past without the association of being from one side of the two Scottish giants before the merger,” said Ryan Hughes, head of active portfolios at AJ Bell.

“The combination of Standard Life with Aberdeen Asset Management and the disposal of the Life business to Phoenix Group created an asset management business with scale, reach and potential, complemented by attractive opportunities in UK platforms and wealth businesses,” said Standard Life Aberdeen.

“With integration well progressed and having built significant balance sheet strength, this appointment launches the next phase of evolution aimed at developing and expanding the revenue opportunities available to SLA and marks the culmination of a wide-ranging succession planning exercise.

“Keith will at that point stand down from the board after some five years as group chief executive and 14 years as a director, and will serve out the remainder of his contract as non-executive chairman of the Aberdeen Standard Investments Research Institute (ASIRI).

“It is envisaged that the transition will take place by the end of the third quarter.”

Standard Life Aberdeen chairman Douglas Flint said: “The transition from Keith Skeoch was always going to be a challenge to deliver, given the incredible scale and range of his contributions to the success of the company over many years.

“I am however extremely pleased to say we have found a truly worthy successor.

“I am delighted to welcome Stephen to Standard Life Aberdeen and am looking forward to working with him.

“He is an inspiring leader with a great track record and experience in leading businesses to harness digital technology to improve both productivity and the client and customer experience.

“This, coupled with his ability to create valuable partnerships and guide businesses through periods of major change, means that he is well placed to build on the strong foundations we have at SLA.”

Bird said: “I am delighted to be joining Standard Life Aberdeen as its next chief executive.

“This is a company with a great history, a strong brand and an exciting future.

“The current crisis has highlighted the importance of active asset management as well as building greater resilience into personal financial planning.

“SLA’s leading asset management, platforms and wealth capabilities give great scope to help clients and customers navigate these challenges; this is what attracted me to the company.

“I am looking forward to working with my new colleagues to create a better future for all our stakeholders.”

Flint added: “I want to recognise Keith’s great leadership over the past five years as both our chief executive and for a period as co-chief executive.

“He guided the company through its transformation arising from the merger with Aberdeen Asset Management and the deal with Phoenix Group amidst significant change in our industry.

“He has been a decisive and empathetic leader during the COVID-19 crisis and has supported the transition to new leadership selflessly, recognising that the post-COVID world brings a wide range of fresh longer-term opportunities and challenges that are best taken forward with leadership succession settled.

“On behalf of the board, I would like to thank Keith and pay tribute to all he has achieved over his years of dedicated service and, in particular, for his leadership in safeguarding and supporting our colleagues during the current crisis”.

Skeoch said: “It has been a real privilege to serve on the board for the last 14 years and in particular the last five as chief executive.

“I know Stephen well and will leave my current role knowing the company is in great hands.

“He will have my full support during transition, as he will have on an ongoing basis from the great team which has supported me.”

Bird’s remuneration will consist of a base salary of £875,000, and a “cash allowance in lieu of pension of 18 per cent of salary, and other benefits in line with SLA’s Remuneration Policy.”

It will also include an annual bonus of up to 250% of salary “subject to performance and applicable deferrals, and a Long-Term Incentive Share Plan (LTIP) award of 350 per cent of salary, for the period 2020 to 2022 which vests, subject to applicable performance measures, at the end of the period and is required to be held for an additional two years.”

Skeoch’s 12 month notice period will start in July 1, 2020. Following his presentation of the company’s 2020 half-year results on August 7, 2020, there will be a handover period until the later of September 1, 2020 and when regulatory approval for Stephen Bird’s appointment is received.

Following the handover, Skeoch will serve as non-executive chairman of ASIRI until the end of his notice period, at which point his employment with the company will terminate.

During his chairmanship of ASIRI, Skeoch will continue to receive his base salary of £615,000 per annum as well as his benefits and allowances in line with the terms of his executive service agreement.

Skeoch’s bonus for the 2020 performance year will be pro-rated to take account of the period up to the date on which he steps down from the board. He will not be eligible for a bonus during the period of chairmanship of ASIRI.