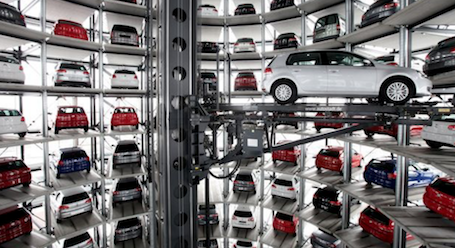 Janus Henderson Investors has announced the results of its first annual Corporate Debt Index survey, saying company net borrowings around the world surged to a record $8.3 trillion in 2019, an increase of 8.1% year-on-year.

The report said company debt has grown fastest in the US and Switzerland, and that most indebted company in the world is Germany’s Volkswagen an “eye-watering” $192 billion of borrowings.

Janus Henderson said it expects company debts around the world to rise by another $1 trillion in 2020.

“Company resources were depleted by debt-financed acquisitions, large share buybacks, record dividends, and the chilling effect on profits caused by trade tensions and a global economic slowdown,” said the report.

“Collectively net debts jumped by $625 billion last year, easily the largest increase of any of the last five years.

“Growth in borrowing has been spurred on in recent years by very low interest rates that make servicing debts cheap, urged on by central bank attempts to stimulate economies.”

Companies included in the Corporate Debt Index — the largest 900 non-financial firms in the world — today owe 37% more than they did in 2014, and growth in debt has comfortably outstripped growth in profits.

Pre-tax profits for the same group of companies have risen a collective 9.1% to $2.3 trillion.

Gearing, a measure of debt relative to shareholder finance, rose to a record 59% in 2019, while the proportion of profit devoted to servicing interest payments also rose to a new high.

These trends all accelerated in 2020 as the Covid-19 pandemic struck, the report said.

“Janus Henderson’s analysis of bond markets shows that companies in its index owe half their debts in the form of listed bonds,” said the report.

“They issued an additional $384bn in bonds between January and May, an increase of 6.6% compared to the end of December balances.

“Borrowing from banks has also increased sharply, though precise figures are not yet available.

“Janus Henderson estimates net borrowings overall will jump by up to $1 trillion this year, an increase of 12%.”

The report said more than half of the companies in the index took on more borrowing in 2019, “but a very large impact was made by relatively few of them.”

Just 25 companies on the list between them borrowed an additional $410 billion last year, equivalent to one third of the increase in borrowings of all those companies that added to their debts.

“The most indebted company in the world is Volkswagen – its eye-watering $192bn net borrowing is not far behind the sovereign debt of South Africa or Hungary, though this is inflated by its large car finance business …” said Janus Henderson.

“A quarter of the companies in Janus Henderson’s index have no debt at all, and some have vast cash reserves.

“The biggest of these stands at $104bn and belongs to Google’s owner Alphabet.

“What seems like prudence, however, is often unpopular with shareholders, who may have better uses for this capital.”

“They have now scrambled to issue new bonds and borrow from banks to ensure they have enough ready cash to weather lockdowns of varying severity around the world.

“Some companies have taken emergency government support during the worst of the crisis when funding themselves commercially became very expensive for a time.

“With market conditions calmer, thanks to central-bank support and a gradual reopening of economies, companies will want to reduce their reliance on state hand-outs, so we expect bond issuance to rise further.

“Acquisitions, share-buybacks and dividends each funded by debt often precede an economic downturn.

“This has certainly been the case this time round.

“As the global recession takes hold, profits and cash flow will be sharply lower.

“Borrowing needs will be very large this year, even though companies in our index are set to cut their dividends by $140bn to $300bn this year, are slashing share buybacks, putting acquisitions on hold and reducing capital expenditure.

“Much will depend upon the extent to which new borrowing is spent or held as cash reserves, and on how much companies issue in new shares to bolster their balance sheets.

“It’s clear, however, that 2020 will see net corporate debts soar to another new record, as much as $1 trillion higher than 2019.

“Borrowing is not a bad thing, as long as it’s appropriate, as it can increase shareholder returns.

“With interest rates low, crucially companies are on the whole able to service their debts.

“As long as companies have enough cash to bridge the lockdown gap, we think that corporate bonds returns may look increasingly attractive to investors.

“As with all things, some companies do things better than others.

“As bond investors, we care most about a company’s ability to repay its debts.

“Most importantly we will be looking for signs that a company is strengthening its position when conditions improve – using surplus cash flow to pay down debts rather than spending it or issuing new shares to rebalance the financing mix between equity and borrowing.