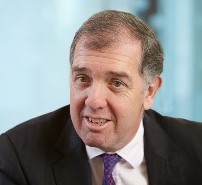 Glasgow-based drinks company Edrington — owner of Scotch whisky brands The Macallan, Highland Park and The Famous Grouse — said on Tuesday that Angus Cockburn will join its board as a non-executive director from September 1, 2020.

Cockburn has been group chief financial officer of Serco Group plc since October 2014.

Prior to that he was chief financial officer and interim chief executive at Aggreko plc.

He is an honorary professor at the University of Edinburgh.

Cockburn joins Edrington as David Richardson retires from the board after seven years as non-executive director.

Cockburn is a Chartered Accountant with an MBA from the IMD Business School in Switzerland.

Edrington chairman Crawford Gillies said: “I am pleased to welcome Angus to the board of Edrington and look forward to benefiting from his wealth of experience from his highly successful career as a CFO, senior finance officer and non-executive director with a number of major international companies.”

Cockburn said: “I’m very excited to be joining the Edrington board for a number of reasons.

“I have long admired the company for its unique ownership structure, its value of Giving More back to society, its global scale, and of course a world class portfolio of super premium spirits.

“I look forward to working with the great team at Edrington and to playing a part in a business that is so integral to the success of the Scotch Whisky industry and the Scottish economy.”