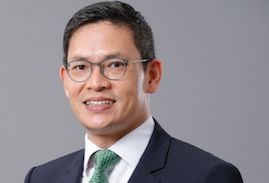 Edinburgh-based investment giant Aberdeen Standard Investments (ASI), which manages £456 billion of global assets, welcomed the news that China’s domestic shares broke through the $10 trillion valuation mark this week for the first time since 2015.

According to Bloomberg, the world’s second-largest stock market has added $3.3 trillion of value since March, helped by Beijing’s policies to encourage trading, eased rules and a number of new listings.

Nicholas Yeo, Head of Equities – China at Aberdeen Standard Investments, said that investors need to focus on company fundamentals in China and not simply “buy into the generic trend of China’s growth.”

Yeo cautioned that although corporate governance standards in China are improving, they are “still relatively low.”

Yeo said: “China has made great strides in its efforts to liberalize its capital markets.

“From the game-changing stock connect program which has attracted USD170 billion of net flows from foreigners since its inception in 2014, and efforts to promote capital allocation to innovation through the launch of Star Market.

“Investors have been rewarded this year with world-beating equity market performance – the MSCI China A onshore index is up 27%, helping to drive the stock market break through the $10 trillion milestone.

“With increasing foreign participation in China’s capital markets, driven by the appeal of domestic structural growth opportunities like those connected to the fast rising middle class, the future looks bright.

“But Investing in China is not without its challenges.

“Corporate governance standards are improving but still relatively low and the stock market can be extremely volatile.

“The approach we’ve taken to these challenges is to focus on company fundamentals and not simply buy into the generic trend of China’s growth, and this has really paid off in recent years.”