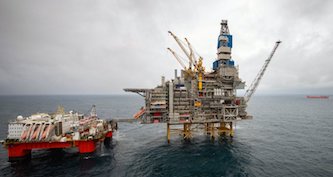 Scotland’s marine economy generated £4.3 billion in gross value added (GVA) in 2018, down 17% from 2017, according to an “experimental statistics” report from the Chief Statistician released on Wednesday.

“Several sectors contributed to the 17% decrease in GVA between 2017 and 2018 including oil and gas support services, shipbuilding and aquaculture,” said the report.

“Geographically, Aberdeen City accounted for 39% of the marine economy’s GVA for 2018, with Aberdeenshire the next highest with 22%.

“This highlights a strong concentration of the marine economy in the North East of Scotland, linked to the location of oil and gas services, commercial fishing and fish processing industries.”