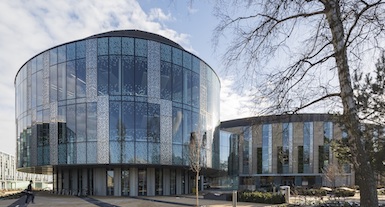 More than £600 million has been raised for life science companies headquartered in Scotland over the last three years, according to Savills.

The latest data from Pitchbook, analysed by Savills, details the capital raised in the life science sector across the UK — and highlights Scotland as an emerging centre of excellence.

While Edinburgh and Glasgow account for 50% of the capital raising deals recorded in Scotland since 2018, Aberdeen is considered by Savills as “one to watch” as an emerging life science cluster.

London, the South East of England and the East of England regions continue to dominate the UK’s life science sector, with the latter two regions driven by the strength of the Oxfordshire and Cambridgeshire markets.

Steve Lang, research director at Savills, said: “While the Universities of Cambridge and Oxford will see the South East and East of England remain the core locations outside of London for a very long time, there are pockets of growth elsewhere in the UK that should not be ignored, and we recognise Edinburgh, Glasgow and Aberdeen as three such cities.”

Savills said key venture capital raising deals in the life science sector in Scotland in 2020 include:

Hugh Rutherford of Savills in Edinburgh, said: “Edinburgh is particularly well placed to take advantage of the essential critical mass and unique mix of bioscience, health, clinical sciences, education and increasingly the close links developing between technology and bioscience.

“This latter linkage will be crucial going forward and will benefit from recent City Deal funding.”

Dan Smith of Savills in Aberdeen said: “Momentum to reduce the reliance on oil and gas in the North East is building and through my role at Savills and my involvement on the Policy Council of Aberdeen Grampian Chamber of Commerce, I see first-hand the swathes of initiatives supporting diversification in the local economy.

“With an established talent pool and essential critical mass, Aberdeen is well positioned to support the growth of life sciences in the area which, together with Hydrogen and renewable energies, can deliver a sustainable employment platform for our city going forward.”

David Cobban, head of Savills Glasgow, said: “Glasgow has embraced the life science sector and continues to attract emerging businesses to grow in the city due to capacity.

“The city recognises the importance of collaboration in this sector and is working hard to create the opportunity to cluster close to teaching institutions or large medical facilities such as the Queen Elizabeth University Hospital.

“Given the structural challenges facing the business sector during this pandemic and post-Covid the life science sector, even more than ever can start to increase its contribution to the Glasgow economy.”