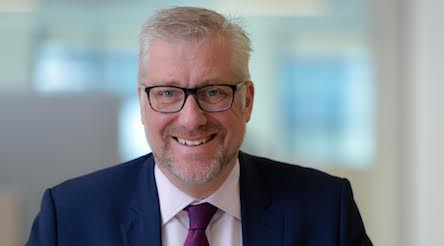 Scottish Financial Enterprise (SFE) said Scotland exported £9.2 billion of financial and related professional services in 2019, up 7.7% from 2018, citing a new report from TheCityUK.

“Thirty-seven percent of Scottish financial services exports went to the EU in 2018, and the remaining 63% went to the rest of the world …” said SFE.

“To put this in an international context, in 2019 Scotland’s financial services exports were equivalent to around 50% of those of the whole of France …”

Sandy Begbie, Scottish Financial Enterprise Chief Executive, said: “It is positive to see Scotland’s financial and professional services exports increasing for the fifth consecutive year to £9.2bn, illustrating our significant contribution to the UK’s position as the world’s leading exporter of these services.

“This report also reinforces Scotland’s standing as a leading European financial centre in our own right with our industry’s exports equivalent to around 50% of those from the whole of France.

“Drilling down further to a Scotland level, the figures show financial and professional services account for 40% of all Scottish services exports with much of our industry’s exports attributed to our first-class asset management sector.

“While the lasting economic and societal impact of Covid-19 isn’t yet fully understood, we know from these new figures and others that our industry was in a strong position going into the pandemic to support customers, colleagues and communities through these difficult times and beyond.”