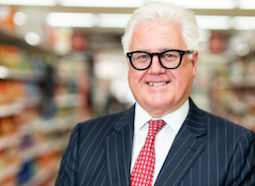 Edinburgh-based Sainsbury’s Bank has received an approach from NatWest-RBS for a potential takeover.

The development comes a week after supermarket group Sainsbury’s said it received third-party expressions of interest in its banking operation.

“We have received some expressions of interest in the bank,” Sainsbury’s  chief executive Simon Roberts told reporters last week.

“But very early stages and there can be no guarantee that anything will come from these discussions,” he said.

NatWest group is still majority owned by the UK taxpayer following its £45 billion bailout in 2008.

John Cronin, a financials analyst at Goodbody, said: “Sainsbury’s Bank presents attractions to a number of potential suitors and NatWest Group’s recent confirmation that it may look at mergers and acquisitions in the unsecured lending domain means that the majority government-owned lender is a likely predator.

“Others like Lloyds and Virgin Money UK are also likely to be considering a bid.”

Sainsbury’s said: “We do not comment on speculation. We remain focused on delivering against the five-year plan we set out at our capital markets day last September.”