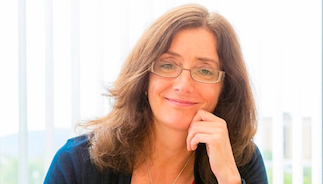 Highlands and Islands Enterprise (HIE) announced that its CEO Charlotte Wright, who has led the development agency for the past five years, plans to step down in the summer for personal reasons.

In a message to staff, Wright said she had taken the difficult decision to resign after a great deal of careful thought.

“I have been with HIE since 1997, and in that time have enjoyed a variety of exciting and demanding roles,” she said.

“It has been an enormous honour and privilege to have led this organisation, initially on an interim basis, since 2016.

“HIE has been a really significant part of my life, giving me the opportunity to live and work in the Highlands and Islands.

“I have also worked with so many talented, committed and passionate colleagues and friends who really care about what we do every day to make a positive difference to our region and its people.”

Wright began her 24-year career with HIE in the agency’s Lochaber team, based in Fort William, and has held several senior posts.

These include local enterprise company chief executive, regional director for Highland, and director of business and sector development.

HIE  chair Alistair Dodds said: “Those of us who work closely with Charlotte have great respect and admiration for her as a person and for all she has accomplished in her very successful career with HIE, culminating in these past few years as chief executive.

“She has continually proven herself to be a highly effective and professional leader with a real passion for the Highlands and Islands and a burning ambition for HIE to do all in its power to deliver sustainable economic growth in every part of the region.”