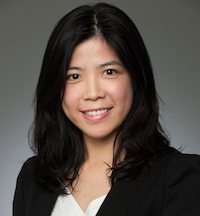 Edinburgh-based asset management giant abrdn announced it has agreed as a member of a bondholder committee to a restructuring of $530 million of “superbonds” due in 2034 by the government of Belize — in return for an unusual environmental solution to the problem.

Belize has agreed to buy back the bonds from investors at a huge discount, using money lent by The Nature Conservancy (TNC), a US-based environmental group.

As part of the deal, Belize will pre-fund a $23.4 million endowment to support marine conservation projects on its coastline, home to the second-largest barrier reef in the world.

The bondholders will accept 55 cents for every dollar of debt they hold.

Consent from holders of 75% of the aggregate principal amount of the bonds outstanding is needed for the deal to be binding on all holders.

The offer will terminate if the settlement date has not occurred before November 19, 2021.

Cecely Hugh, investment counsel, fixed income, abrdn, said: “abrdn was part of the bondholder committee involved in engaging with the government of Belize as well as other key local and international stakeholders.

“The features of the restructuring were applauded for its innovation because they provided the country with debt relief, whilst allowing for marine and environmental conservation.

“Such restructuring is consistent with abrdn’s support for, and continuous development of, innovative ESG financing techniques …

“This transaction represents an important development for incorporating ESG financing techniques within a restructuring.

“Belize has been reluctant to carry out a full IMF programme and preferred to rely on their ‘homegrown’ fiscal consolidation, structural reforms and economic policies.

“The restructuring enabled bondholders to maximize the chances of recovery whilst at the same time, allowed Belize to carry out marine conservation projects.

“Furthermore, the ESG commitments made by Belize are credible and the effects can be seen immediately through the funding of the endowment with the involvement of TNC.

“Political support was also evident by the fact that the authorities were ready to meet the conditions of the restructuring as well as the TNC financing.

“So far, this transaction is proving to be successful and as a result, may set an example for other countries who may find themselves in a similar situation to Belize.”

The main purpose of the restructuring is to allow the country to restore debt sustainability on the backdrop of the economy being severely hit from the decline in tourism due to the pandemic and Belize’s vulnerability to natural disasters.