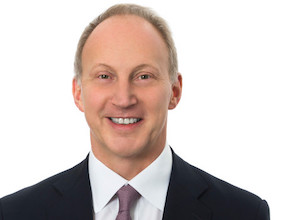 Moore will join NatWest on April 1, 2022, and will sit on the bank’s executive committee, reporting directly to CEO Alison Rose.

This follows the announcement in July 2021 that Michael Shaw would be retiring from the bank this February.

Moore retired last year from Linklaters, where he was firmwide managing partner, leading the firm’s executive committee and sitting on the partnership board and risk committee.

“In his time at Linklaters Gideon co-started and, for nine years, co-led the leveraged finance practice, then headed the global banking practice for four years, before being elected to his most recent role in November 2015,” said NatWest-RBS.

NatWest CEO Rose said: “I am delighted that we have appointed Gideon to lead the Legal, Governance and Regulatory Affairs function.

“As we continue to build momentum on our strategy, he will play a critical role by bringing his insight, guidance and challenge to our progress.

“Gideon is highly regarded from his long career at Linklaters and will be an important addition to my executive team.

“I would like to take the opportunity to thank Michael again for his extremely valuable support and contribution to NatWest over the last six years and wish him a very happy retirement from the bank.”

Moore said: “I am excited to be joining NatWest at such an important time for the organisation.

“I am looking forward to working with colleagues across the bank and using my experience to play my part in helping to champion the potential of people, families and businesses up and down the country.”