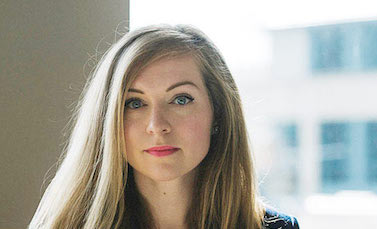 An investment director at Edinburgh-based asset management giant Abrdn has warned that slowing growth and rising inflation will likely erode the profitability of companies going forward — and that could mean a significant deceleration in the rate of earning per share (EPS) growth.

In a commentary on the first-quarter company earnings season Karolina Noculak said that after almost two years of strong upgrades to future earnings, the investing landscape may be at a turning point.

“There is no question that the best of profit growth is now behind us and the risks are increasingly skewed to the downside,” wrote Noculak.

On Abrdn’s forward-looking guidance, Noculak said: “In the US, profit warnings have outnumbered positive pre-announcements by a significant margin.

“This contrasts with the post-pandemic period when corporate guidance was revised meaningfully higher.

“Europe has also seen fewer companies positive on outlook, but with no major cuts to guidance yet.

“Uncertainty around China and the impact of the Russian invasion of Ukraine are weighing on European stocks.

“The analysis of words included in quarter one corporate transcripts points to rising uncertainty and falling optimism.

“After almost two years of strong upgrades to future earnings, we may be at a turning point.

“The dispersion in estimates is rising and while overall revisions are still neutral-to-favourable, the rise may signal a weakening outlook.

“Across much of the developed world, corporate margins have been rising ever since the great financial crisis.

“But we are now seeing the first signs of margin contraction as rising input costs, supply-chain constraints and labour pressures erode profitability.

“For now, as evidenced by the strong first-quarter results, corporates have been able to pass on those higher costs and grow earnings, but this may not be sustainable.

“From here on, the trajectory will depend on growth and inflation.

“This does not necessarily mean a collapse in corporate earnings (periods of EPS contractions are typically associated with recessions), but could mean a significant deceleration in the rate of EPS growth.

“There is no question that the best of profit growth is now behind us and the risks are increasingly skewed to the downside.”

Noculak said that since the start of the year, buy-side investors have been bearish, expecting global profits to worsen significantly.

She said April’s BoA Merrill Lynch Fund Manager survey has pointed to the weakest outlook for corporate profits since the onset of the Covid-19 pandemic in March 2020.

Other instances of such low expectations include the collapse of LTCM, the Dotcom bubble bust and the Lehman bankruptcy.

But she said that on the sell-side, the mood has been less grim.

“Earnings revisions to future profits have been largely neutral with some notable divergences – strength in the energy sectors and weakness in consumer discretionary,” said Noculak.

“Sales revisions have been holding up better than earnings per share (EPS), pointing to cost concerns rather than a loss of revenue momentum.

“This is not entirely surprising as higher inflation can translate into faster revenue growth, if companies have pricing power.”

On whether companies are beating or missing estimates, Noculak said: “First quarter earnings per share (EPS) delivery has been solid with strong and broad-based beats, although there is moderation from the exceptional period of profit rebound during the post-Covid recovery.

“US earnings are beating estimates by 6.7%, with 79% of companies topping projections. (This compares to a long-term average of 66% and prior four quarter average of 83.1%.)

“Three-quarters of companies have reported first-quarter revenue above analyst expectations. (Compared to a long-term average of 61.6% and an average over the past four quarters of 79.5%.)

“The picture in Europe has also been positive – with above-average positive surprises on both EPS and sales estimates. Basic materials have delivered the biggest beats.”