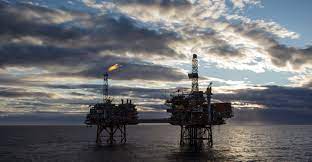 Aberdeen-based North Sea oil and gas producer Ithaca Energy confirmed on Tuesday its “intention to undertake an initial public offering” and said it is seeking admission of its ordinary shares to the premium segment of the official list of the London Stock Exchange.

Ithaca owns a 70% stake in the controversial Cambo development in the North Sea.

Tel Aviv-listed Delek Group, which acquired Ithaca in 2017, would reduce its stake in Ithaca but would remain a controlling shareholder.

“Immediately following admission, the company will target a free float of at least 10% of its issued share capital and expects to be eligible for inclusion in the FTSE UK indices …” said Ithaca.

“In addition, it is expected that up to a further 15% of the total number of ordinary shares to be sold in the offer will be made available pursuant to an over-allotment option.

“The company will not receive any proceeds from the sale of over-allotment shares (all of which will ultimately be received by Delek).”

Ithaca Energy could be valued at between $2 billion and $3 billion in the upcoming listing and raise proceeds of between $300 million and $500 million, Reuters previously reported.

Ithaca added in a statement: “The company will use the gross proceeds of the offer (in the following order) to (i) repay existing shareholder debt, including a capital note in favour of DKL Energy Limited, the company’s immediate shareholder (DKL Energy) and the outstanding principal and accrued interest related to an intragroup loan agreement with DKL Energy; and (ii) pay the IPO fees and expenses.

“In addition, DKL Energy, an entity ultimately owned by Delek Group Ltd. (Delek), may also sell existing ordinary shares in the company, subject to the amount of gross proceeds raised.

“The company will retain no net proceeds from the offer, with all net proceeds ultimately being received by Delek.”