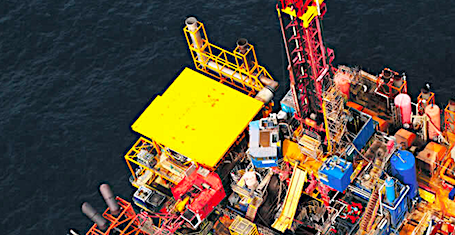 Posted By: Scottish Financial Review May 9, 2017

The first oil has begun to flow from the Shaw field, part of a major redevelopment of the Montrose Area in the Central North Sea about 200km east of Aberdeen operated by Repsol Sinopec Resources UK.

The Montrose Area Redevelopment (MAR) could unlock up to 100 million barrels of oil and extend the life of existing fields in the area to beyond 2030.

The project incorporates the development of three new fields — Godwin, Cayley and Shaw — and a new bridge-linked production platform (BLP) connected to the Montrose Alpha.

Shaw production will be followed by Cayley by the end of the second quarter of 2017, with gross incremental production expected to peak at up to 40,000 barrels of oil equivalent (boe) a day.

The project overall is expected to unlock up to 100 million boe of additional reserves.

“The Montrose Area is a key part of our long-term future and we look forward to it safely delivering value for us, our shareholders and our partner Marubeni for many years to come.”

In addition to developing the new fields, the MAR project is expected to extend the life of the existing Montrose Area fields to beyond 2030.

Montrose Alpha was originally commissioned in 1976.

“The investment in the new bridge linked platform will substantially increase the life of the Montrose Area fields with the construction stage supporting many jobs in the supply chain, including the construction of the jacket on Tyneside.

“Successful delivery of major capital projects brings significant benefits to the UK and has a vital part to play in maximising economic recovery.”

Repsol Sinopec Resources UK is an oil and gas exploration and production company headquartered in Aberdeen and operating exclusively in the UK North Sea.

It is a joint venture between Repsol SA and Addax Petroleum UK Limited, a wholly-owned subsidiary of China Petrochemical Corporation (Sinopec Group). It arose from the acquisition in 2015 by Repsol of the global assets of the former Talisman Energy Inc, including its 51% equity interest in the joint venture, previously called Talisman Sinopec Energy UK.