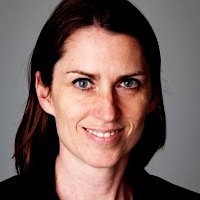 Claudia Mortimore of the FRC

The UK accounting watchdog said on Wednesday it fined EY £3.5 million for failing to challenge financial statements in its audit of Perth-based transport giant Stagecoach Group in 2017.

Stagecoach said: “The FRC decision is not a review of the company’s accounting.

“It is related to the audit process conducted by EY.

The FRC said: “At all material times Stagecoach was a FTSE 250 international transport company, which operated buses, trains, trams and express coaches.

“2017 was the first year that EY audited Stagecoach.

“The failings admitted by the respondents relate to three specific areas of the audit: (1) defined benefit pension scheme obligations; (2) provisions for insurance claims relating to accidents; and (3) an onerous contract provision relating to the East Coast Mainline railway franchise.

“All three areas of the audit concerned material balances and had been identified by the respondents as areas of significant risk requiring a heightened audit response.

“The most serious deficiencies in audit work concerned the lack of sufficient evaluation and challenge of the work of management’s and the respondents’ respective experts, and the associated lack of proper challenge of management about material assumptions underlying the financial statements.

“Whilst it is not alleged that the financial statements were in fact misstated, in several material instances, the respondents failed to obtain sufficient appropriate audit evidence and to apply sufficient professional scepticism in their conduct of the audit.

“Further, the content and extent of the audit documentation which the respondents were required to prepare was of a low quality which did not record the full extent of the procedures and judgements made.

“The breaches of relevant requirements were not intentional, dishonest, deliberate or reckless.

“The executive counsel recognises that EY took steps to identify the root cause of the audit failings, which related to only one audit year, and that the firm has undertaken remedial action in order to address the issues identified.

“It is also acknowledged that the respondents have provided a good level of cooperation during the investigation.”

“The sanctions imposed reflect the seriousness of the breaches and are intended to improve the quality of future audits.”

EY said: “Regrettably, on this occasion, we fell short of the standards we set for ourselves, and the standards expected of us by the FRC and society …

“We have co-operated with the FRC throughout their investigation, take their findings very seriously and have worked hard to rectify the issues identified.

“No findings were raised in the FRC’s review of our most recent audit of the company, for the 2020 year-end.”