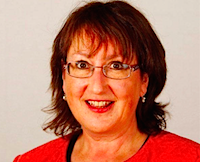 Scotland’s female employment rate is the second best of all 28 European Union countries, according to Eurostat figures covering July 2014 to June 2015.

“Earlier this year I met representatives from around the EU in Brussels to look at how they are supporting and improving gender equality in the workplace,” said minister for youth and women’s employment Annabelle Ewing.

“Our counterparts were keen to hear about the success we’ve had through promoting flexible working programmes, developing new training models and the effectiveness of visible role models in encouraging more women into work and building their confidence and ambition.

“The remaining data for 2015 will be available in the first quarter of 2015 and I hope that it gives us even more to be proud of.

“In the coming year we can build on the lessons shared with our European partners and continue to improve the prospects for women working in Scotland.”