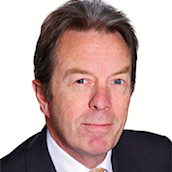 Aberdeen Asset Management said it had net outflows of £9.1 billion in the last three months of 2015 and it named director Simon Troughton to succeed Roger Cornick as chairman when Cornick retires on September 30.

In a trading statement, Aberdeen said its assets under management rose to £290.6 billion at December 31 from £283.7 billion three months earlier.

The fund management firm said “flows outlook remains difficult” and that it has identified additional cost savings that will be implemented in late 2016 and 2017.

“Like the rest of the industry we continue to contend with the structural imbalances of the global economy and the cyclical slowdown in emerging markets, as well as the impact of falling oil and commodity prices,” said Martin Gilbert, chief executive of Aberdeen (pictured.)

Aberdeen said the £9.1 billion net outflows compared to £12.7 billion in the previous quarter, but that withdrawals by sovereign wealth funds continued to affect its funds.

Aberdeen said its equities saw net outflows of £6.3 billion in the quarter as investor sentiment toward Asia and emerging markets remained weak, and further assets were withdrawn from global equities by sovereign wealth funds.

“While the cyclical correction in Asian and emerging markets continues, we still believe that investment in these high growth economies will deliver significant returns over the longer term,” said Aberdeen.

“We continue to be rigorous in our management of operating costs, and we have identified further cost savings beyond the £50 million already announced. “

In its outlook, Aberdeen said: “We expect market conditions to remain difficult and this is likely to be reflected in flows for the remainder of the year.”