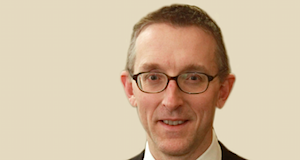 The UK Treasury said Sam Woods has been appointed chief executive of the Prudential Regulation Authority and deputy governor of the Bank of England — the UK’s central bank.

On July 1, Woods will succeed Andrew Bailey, who is to become chief executive of the Financial Conduct Authority.

In his new roles, Woods will have specific responsibility for the “prudential regulation and supervision of banks, building societies, credit unions, insurers and major investment firms.”

Woods has been appointed for a renewable term of five years.

UK Finance Minsiter George Osborne said: “Sam is a public servant of great integrity and will bring real judgement to the job.

“Sam has been one of the architects of the government’s crucial reforms to financial regulation — playing a key role in the work of the Independent Commission on Banking.

“I believe Sam is the best person to ensure that these vital reforms he helped design will be a success and to deliver a strong, secure and globally competitive regime for all financial services.”

Bank of England governor Mark Carney, said: “My colleagues and I look forward to working closely with Sam as the Bank of England continues its important mission of promoting the good of the people of the United Kingdom by maintaining monetary and financial stability.”

Woods is currently executive director of insurance supervision at the Prudential Regulation Authority.

Before joining the Treasury, Woods worked in the private sector from 1995-2001, for drinks giant Diageo and consultants McKinsey.