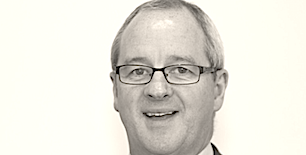 Cantor Fitzgerald Europe co-CEO Gordon Neilly — a veteran of the Edinburgh corporate finance and fund management industries — has resigned from the investment bank, according to a Reuters report.

Reuters cited an internal May 4 memo in which Shawn Matthews, CEO of Cantor Fitzgerald & Co, said Neilly had resigned with effect from May 6.

“Gordon Neilly has resigned to take his career in a different direction and explore opportunities outside of investment banking,” a spokesman for Cantor Fitzgerald Europe told Reuters.

“We wish Gordon every success in the future and thank him for his significant contribution to the development of the Cantor Fitzgerald business in Europe.”

Neilly, who joined the investment bank in 2012, was appointed Co-CEO of Cantor Fitzgerald Europe in 2014 alongside Angelo Sofocleous, who remains as CEO.

Cantor Fitzgerald has been expanding in Europe and now has about 150 staff based in its London headquarters.