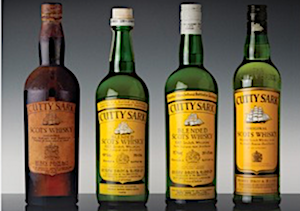 Edrington CEO Ian Curle said: “Cutty Sark is a great Scotch Whisky and has been a worldwide whisky icon for the last 90 years.

“We are pleased to be transferring the brand to La Martiniquaise-Bardinet and know that it will thrive under their ownership.

“We wish them all the very best for the future with this great brand.”

Jean-Pierre Cayard, President of La Martiniquaise-Bardinet commented: “We are proud to take ownership of this powerful brand.

“This acquisition is a major step forward to accelerate our international expansion.

“It will further strengthen our position in Europe and boost our presence in key markets such as the US & Japan.

“With Cutty Sark, we consolidate our position in Scotch whisky, entering in the world’s top 5 groups.”

As part of the deal, Edrington will continue to provide blending and bottling and other associated services during a transition period.

Edrington were advised during the sale process by Nomura International and Dentons UK and Middle East LLP. La Martiniquaise-Bardinet were advised by Rabobank and Goodwin.